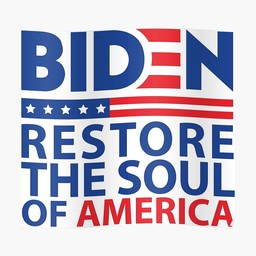 This election is historic for many reasons. We have elected the oldest President in history. The Vice President is the first African American and South Asian woman to hold this office. We have a First Gentleman which is a first. No one is really sure of the role of a First Gentleman. We do not know what his platform is. President Trump was successful in polarizing the country.

However, Republicans, Democrats, and Independents worked together to get Trump out of office and secure a brighter future for America.

The Biden Administration has a clear plan for the future. The first priority is protecting Americans and recovering from COVID-19. Supporters state that the Biden administration is likely to focus on expanding funding to enable both state and local health departments to hire more staff to conduct contact tracing and increasing testing availability.

The economy has been affected by the Trump administration’s failure to stop the spread of COVID-19. Quite expectedly, the Biden administration should reform unemployment insurance to enable more workers to remain attached to their jobs.

President Biden administration is likely to consider the opinion of the science community who will help us find a vaccine for COVID-19 and be prepared if a health crisis reoccurs.

Universal healthcare will be secured through a public option, with individuals having broader access to quality medical care. With time if we are lucky, all Americans can have access to affordable health coverage. The criminal justice system is also likely to be reformed under President Biden. Law enforcement officers need to be held accountable for their deeds.

The Vice President can work with policymakers to reverse the impact of mass incarceration and reduce the number of Americans held in jails and prisons. Law enforcement must receive diversity training and community policing will be encouraged. There are great hopes that the immigration system will be reformed under Biden’s Presidency. Children will not be separated from the families. They will not be living in cages in unsanitary and inhumane conditions.

The supporters have high hopes of President Biden finally addressing the issue of climate change. Investments are needed into green energy, energy saving projects, modern transportation, new ways of farming, including raising cattle and crops. Furthermore, investments in public schools are needed instead of giving money to charter schools.

It is quite likely that the First Lady will lead an initiative to create resources, train teachers, and work toward ending the school to prison pipeline. Under Biden Presidency, there are hopes of teachers taking classes in cultural responsiveness to gain cultural competence.

What about schools and education under Biden’t presidency?

A Secretary of Education will be appointed that has a background in education and understands the need to reform the American education system and improve its standing in the world. The Secretary of Education will also restore Title IX protections on college campuses. Eliminating student loan debt would be one of the top priorities of Biden’s administration so that students are not overburdened after college.

The Biden administration should also aim toward repairing the relationships with our allies. Former President Trump alienated many of our allies because of his policies and when he backed out of agreements with the World Health Organization, NAFTA, NATO, and the Paris Agreement. Read what would have happened if Trump was reelected in our earlier article, “Against All Odds: Trump Reelected Political Essay“.

The Biden administration must restore the soul of America. President Trump inspired hate and rebellion, with the Biden team focusing on the Americans who need the most help such as the factory worker in Pennsylvania, the coal miner in Kentucky, and the young person who works at Starbucks. We are all Americans. We all need each other to survive.

President Biden actions to Restore the Soul of America

President Biden tenure has all chances to be blessed by King’s ‘I Have a Dream” spirit. President Biden too has a dream that one day our great nation will wake up and will realize its true potential.

We are not weak nor we are cruel; America is strong and kind and President Bident will prove that to the world.

Even the words of President Obama echo in my mind bringing change to the fore. It does not matter if you are that man who rode the train every day from D.C. to Delaware to tuck your sons in at night or the single mom that works two jobs to support your family. All of us matter.

President Biden and Vice President Harris will heal that wound that was caused by an administration that was so divisive and hateful. We will come together as Americans and continue to be a great nation. It is not about making America great again.

It is about healing the soul of America.

Some people will be mad because President Trump was not successful during this election, but there are always winners and losers in any game. It is not about winning them over. We live in America. Everyone is entitled to their opinions and political leanings. Hopefully, we will be able to work towards peace and focus on human and civil rights.

The true American way of life will be restored.

People will be able to come out of their houses and not be afraid that the police will kill them in the street. COVID-19 will eventually be under control and children will be able to return to schools. People will have faith in the Presidency again. Just think… A man with humble beginnings from Scranton and the child of immigrants were able to win the election and heal of soul of America.

And as always, we end with prayer, God Bless America! Let us Lord to again become the land of the free!

Please describe your question below and our managers will respond to you shortly.