The artwork by Gordon Parks is a photograph picturing Muhammad Ali and the title of the picture is “Muhammad Ali, Miami, Florida, 1966”

It is one of many pictures of Ali that Parks took during several years from 1966 to 1970 (Lipsyte para 2). This picture marked top performance for both photographer and an athlete. There are a story and motivation behind the photo shoot from which the picture of interest was chosen for analysis. Ali and Parks were close friends and this helped to create a special atmosphere for the pictures.

Muhammad Ali was a rather controversial figure in sports.

Several things that he did were becoming a world heavyweight champion, changing his name, converting to a different religion (Islam), becoming a civil rights movement activist and philanthropist (Lipsyte para 3). Visual means may be the best way to understand such an important and powerful figure in the world sports history. A portrait of Muhammad Ali by Gordon Parks is a perfect ensemble of the art of photography, depicting a person on it as both strong and vulnerable side. Side note: Buy argumentative essays if you need help 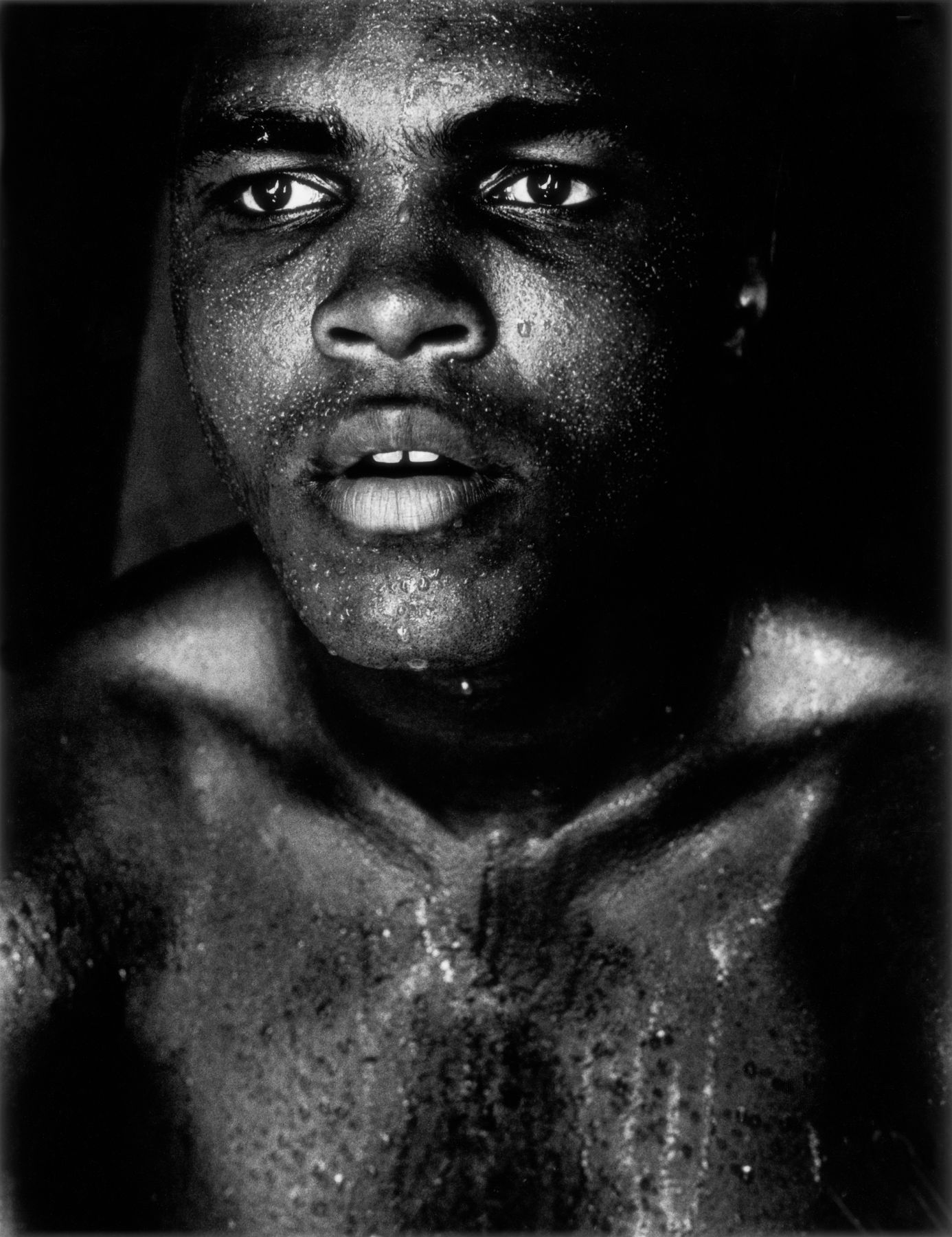 This picture of Ali is worth thousands of words, showing the audience the internal world of this champion, which is unlike most of what he showed in public. It is necessary to analyze the basic parts of the picture. First, the image is black and white, which allows avoiding any distraction and focusing only on main features, edges, light, angles, and general atmosphere of the picture. In general, black and white pictures are mostly used when there is a need to reflect and emphasize the character’s personality. Side note: Check out our argumentative essay on the Odyssey if you need help

The light is falling from above at an angle, illuminating mostly the face. Probably, it was necessary to emphasize facial expression and Ali’s eyes. Then the composition of the photograph is constructed in the following way: a model (Ali) is portrayed with face taking almost a half of the picture’s space, facing the photographer, but eyes are looking towards the left upper corner.

The eyes are definitely the focal point – the grasp the viewer’s attention the most. Ali’s eyes show powerful emotions that can be interpreted in many ways: stubbornness, pain, aiming at his goal, openness to challenge. This aspect is interesting as the upper right corner is the main center of attention for the audience’s eyes (this trick is often used in the advertisement) as it is associated with looking into the future.

What the photographer aimed

Probably, the photographer wanted to demonstrate Ali’s introspection, focusing on internal feelings or past. Also, it is obvious that the picture was taken right after training: sweat running down the face, tired eyes.

Additionally, the absence of visible clothing gives a photograph a hint of vulnerability, which is the opposite to what people used to see from Ali’s public talks and performances (Lipsyte para 4-5). Another special aspect of this photograph is the three-dimensionality. This is reached by a strong difference in focusing planes of camera and “roughness” of the picture that is high contrast and sharpness. It feels like Ali is about to step out of the picture. Side note: Buy argumentative essays to help help in your studies

In sum, the picture taken in Miami in 1966 is both a photographoc masterpiece and a psychologically revealing portrait. Black and white colors, sharpness, composition, subtle details and general atmosphere of the picture help to elucidate the nature of a model. Ali is mostly associated with a violent and aggressive sport, whilst this portrait allowed individuals to see the real and intimate side of the man.

This is the side that is mostly revealed in social actions such as philanthropy and social rights movement. Gordon Parks could take such magnificent picture only because he knew Ali very well and felt his personality and innate desires. Our argumentative essay on the Odyssey can be found in a separate section of this blog